Check back frequently to see more photos as we keep adding more!
Got questions?  See these FAQ.
Click this ﻿LINK﻿ to see the JCLC 2015 Movie Trailer! 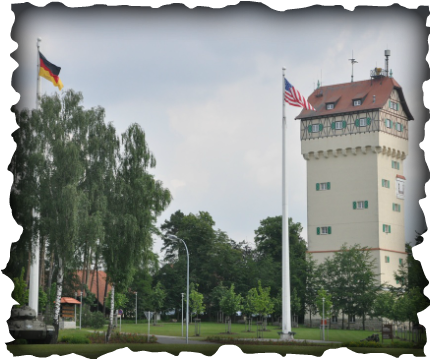 Cadets who attended the camp came from DoDEA-Europe schools in Germany, Italy, Belgium and the U.K.  These cadets are enrolled in Army, Air Force and Navy JROTC programs at DoDEA schools.  The U.S. Army Cadet Command's JROTC Directorate is the supervising agency for Army JROTC programs.

When the campers arrived they were greeted by a number of JCLC-Europe graduates who had been at camp since the previous Saturday setting up the barracks and preparing to provide cadet command and control, under instructor cadre guidance. These cadets served as the cadet battalion commander, battalion executive officer, command sergeant major, company commanders, first sergeants, supply staff and public affairs photographers.


Most of the photographs you see published for JCLC Europe 2019 were taken and edited by the cadet photographers.  Check out the photos by following the links at the top of the page.

(Check out this link to an online article about JCLC 2013 by the Bavarian News.)

If you're not sure where Grafenwöhr is, click Map Page for a link to Google Maps.

(Looks like this will be our last season on weebly.com.  DoDEA want us to transfer the website to google.com . . . so we'll be working on that.)

Our phone number at camp is provided courtesy of USAG-Bavaria.

You can also contact the DAI or any other member of the JROTC cadre by using the comments page.

Can't make it to JCLC 2019?  Talk to your DoDEA Army, Air Force or Navy JROTC instructor about attending Army JCLC 2020!!